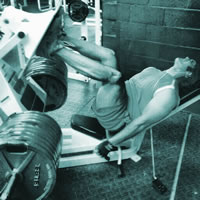 In June of 1988, at the tender age of three, Greg survived a massive cerebral hemorrhage which immediately caused a major stroke encompassing his entire right side. A brain aneurysm had exploded in his head in the thalamus, the deepest part of the brain. Despite having been expediently medivaced, his chance of surviving was deemed to be next to impossible, but Greg being alive is not the only miracle he aspires to experience in his life he has been reborn into. Greg lives to show people that anything is possible through "Determination".

As he grew up, he refused to accept what doctors and therapists told him he'd never be able to do physically and has since shattered all medical odds despite being permanently stroke disabled. He was scouted as a left handed pitcher, adapting a glove transfer he learned from studying former major leaguer Jim Abbott. Greg was scouted by four MLB teams after college where he graduated Magna Cum Laude and Phi Beta Kappa. Greg continues to erase every expectation set for him, literally pushing himself further into medically unknown territory every day. After running five marathons, including winning the 2008 Boston Marathon (Mobility-Impaired division), Greg is now in training for the 2016 US Paralympics in Rio de Janeiro as a discus and shotput thrower.

Greg is currently training to go to Regionals next Spring as the sole stroke-impaired athlete not confined to a wheelchair. Getting up at 4:30 AM for his five days a week in the gym, Greg ends his day after working full-time with a 2-hour swim or two hours throwing shotput and discus. Greg also throws once on the weekend.

Most who witness Greg's impossible accomplishments, such as being able to leg press 1190 pounds, are speechless because they are seeing a living miracle. Please watch his two minute video and see the impossible for yourself. Greg is unable to afford a coach and is adapting yet again on his own while working full-time. He cannot afford the expenses of the needed physical therapy and sports medicine support for such a grueling training schedule as he has put himself on. Please help Greg with your financial support to be able to reach his Paralympic Dream. Through your support he will qualify in his events and ultimately make it to Rio De Janeiro in 2016 as part of Team USA where he intends to win, just like he did at the Boston Marathon.

Greg has just completed writing his first book which self-documents his remarkable life story since the aneurysm ruptured and is represented by The Linda Konner Literary Agency of New York City. Greg is a young professional as well as being a motivational speaker who has already inspired many across the DC-metro area and beyond. 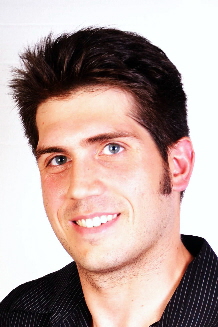